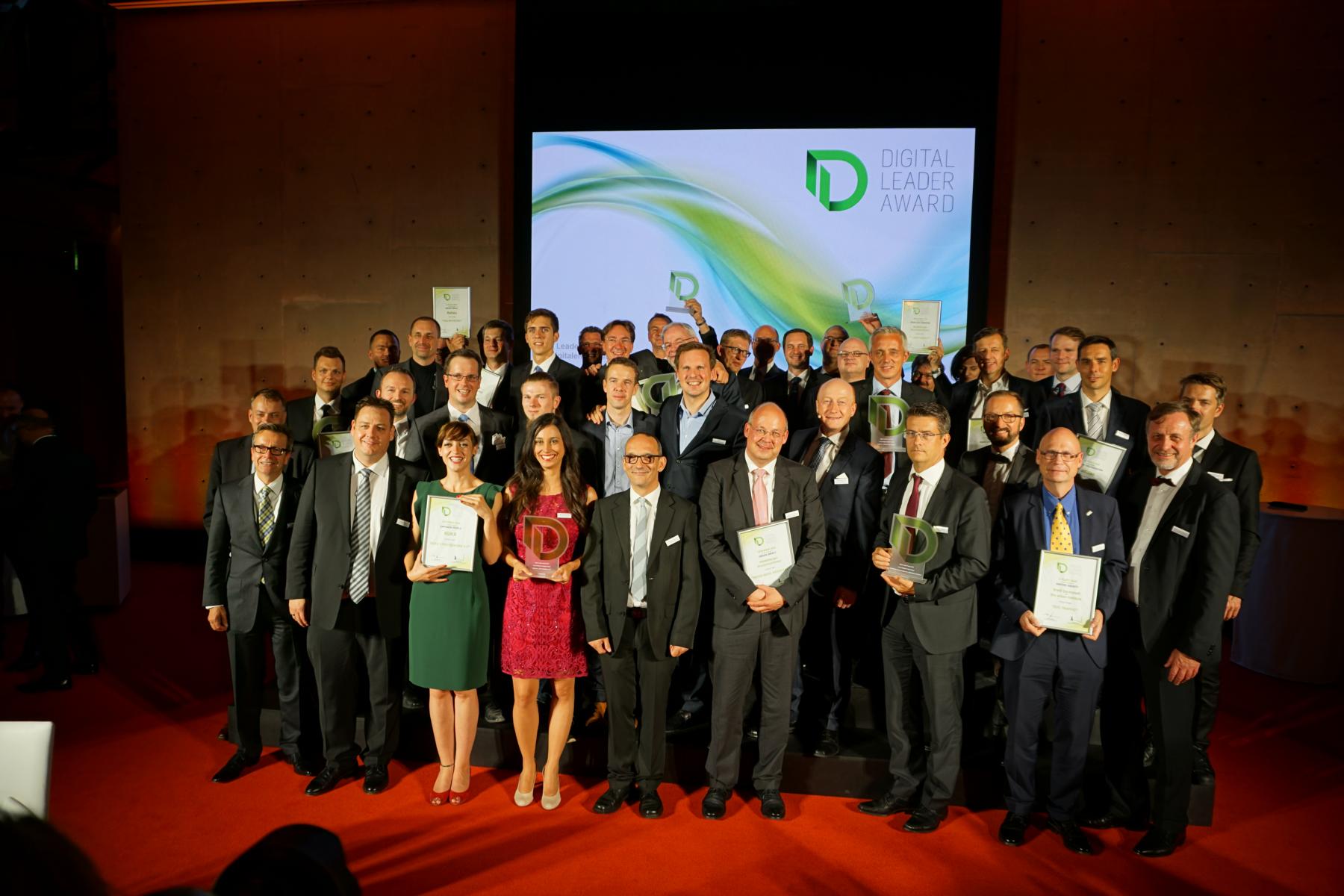 Darmstadt/Berlin 29.06.2016. Germany's first open data platform for Darmstadt's traffic data was honoured by Brigitte Zypries, the parliamentary state secretary of the German Federal Ministry for Economic Affairs and Energy, with the "Digital Leader Award" in the category "Digital Society” in Berlin. Patron of the award is the German Minister for Economic Affairs and Energy Sigmar Gabriel. 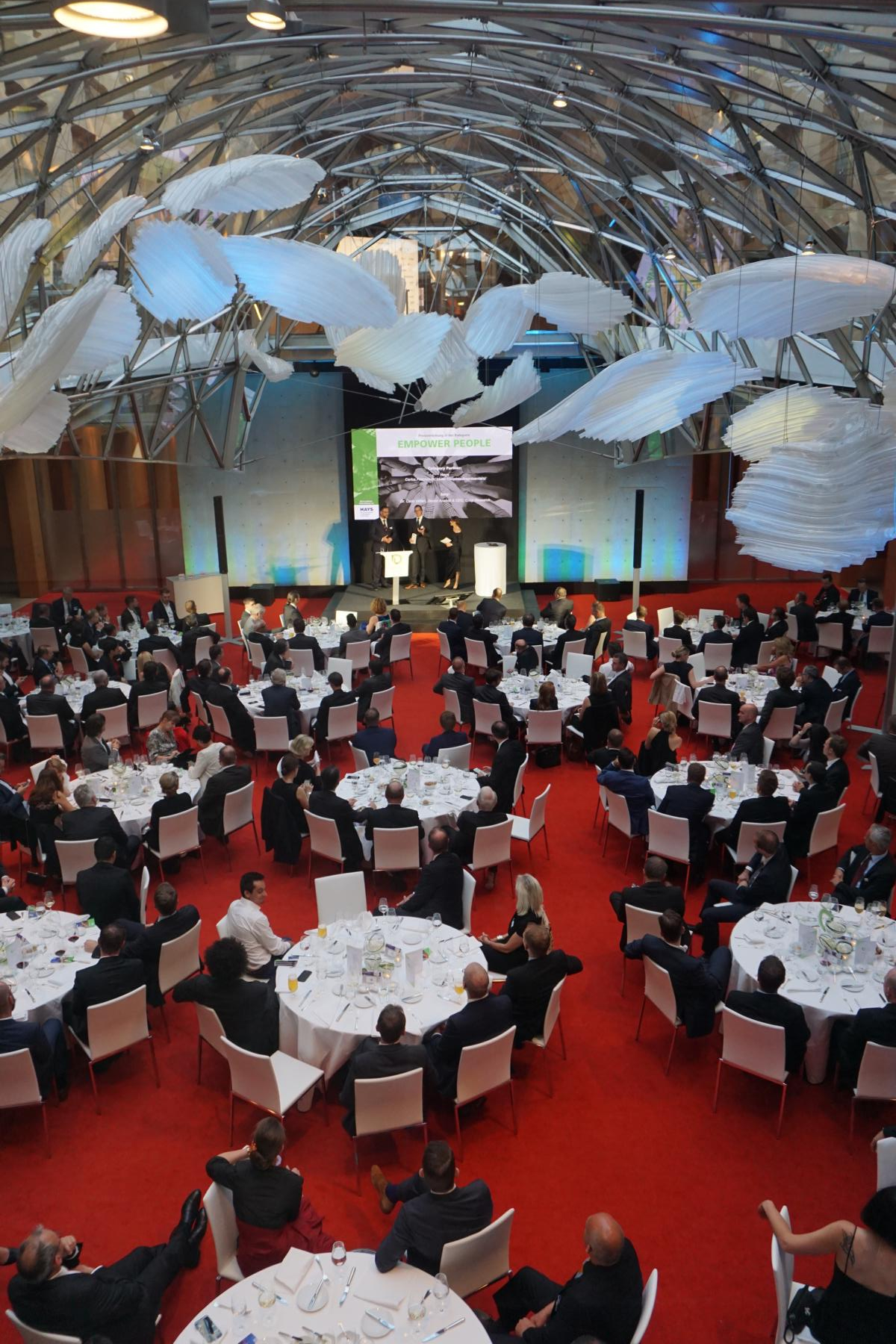 The Digital Leader Award in Gold received a close partner of [ui!] the manufacturer of the smart street lighting SM!GHT from the German energy provider EnBW. In total 90 digitization projects were nominated of which 18 were hounoured by a jury for their active contribution to the digital transformation.

[ui!] convinced the jury with the first open data platform for urban traffic data, which has been successfully operating since Decemeber 2015. It is the first open data platform of this kind and provides data for [ui!] TRAFFIC, a smart service that provides information as the basis for innovative traffic applications for citizens, private economy and research projects.
The information visualises the current traffic situation in Darmstadt and offers projections for an improved traffic flow and therefore better air quality and reduced level of nitrogen dioxide in Darmstadt.

During the event Brigitte Zypries was visibly content with the silver award for the city of Darmstadt (her constituency) and [ui!] and handed over the prize herself.
"Such a real time service on district level is so far unique in Germany. The open data platform for traffic data makes the city of Darmstadt a pioneer in the digitisation of the mobility sector in Germany. 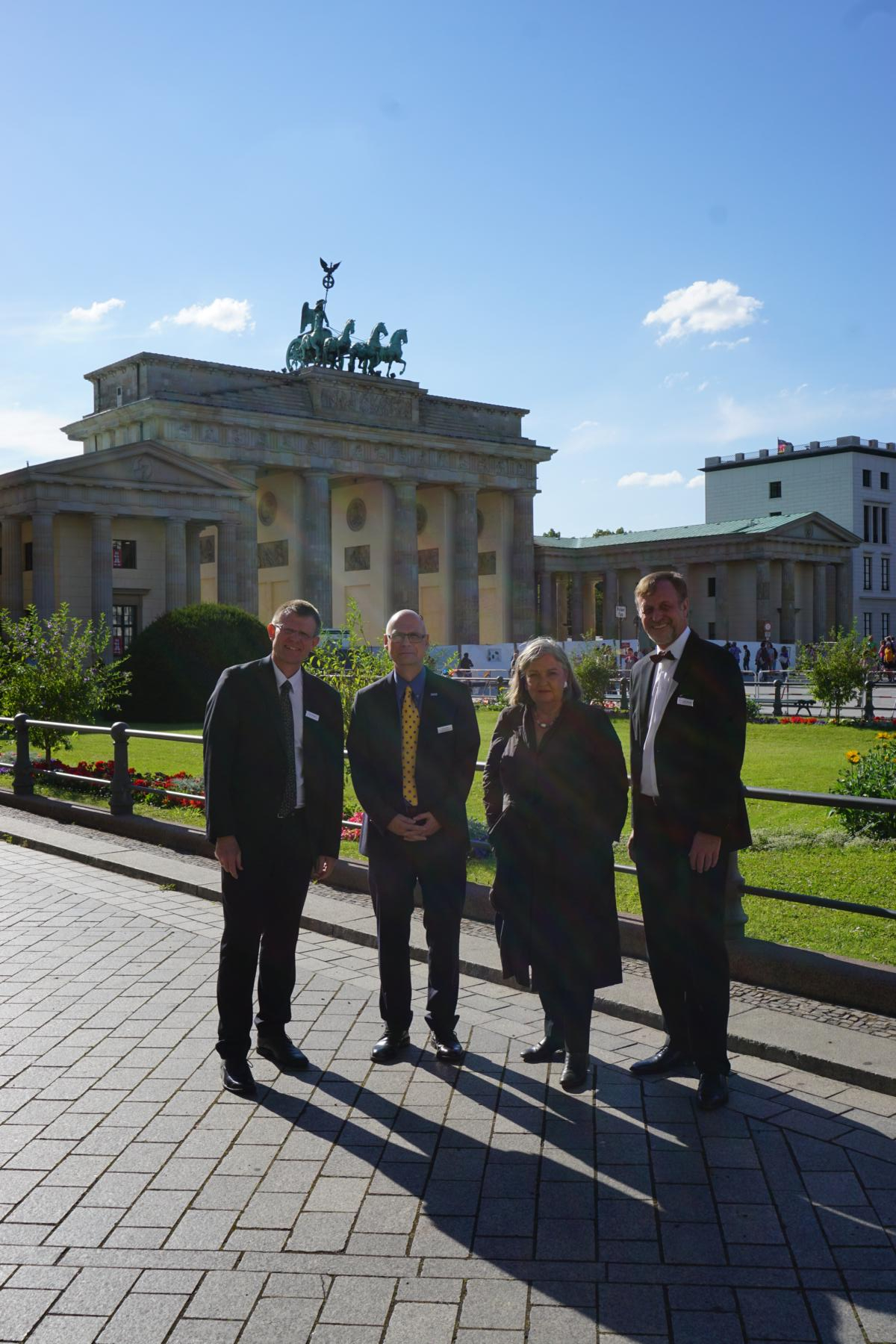 We are very honoured by the jury’s choice," says Prof. Dr. Lutz Heuser, executive director of the Urban Software Institute [ui!] and honorary professor at the University of Darmstadt.
The data is collected in real time through the traffic light systems and promptly made available via an app. With the information drivers can choose another route or innovative driving assistance systems can lead environmentally friendly though the rhythm of traffic lights and thus saving fuel. [ui!] the urban institute established an urban test track for such innovative driving assistance systems in Darmstadt. The common objective of the city and the software developers is to become a national test field for innovative, high security and emission reducing assistance systems.

Further information on current environmental data, such as CO2 levels, temperature or noise levels could be gathered by smart metering stations such as intelligent street lighting which data is then made available to citizens and companies as well. Other possible applications for [ui!] TRAFFIC would also the collection of bottlenecks through garbage, cleaning, litter and emergency vehicles (ambulance, fire brigade, police) to enable an exact traffic prediction in real time. 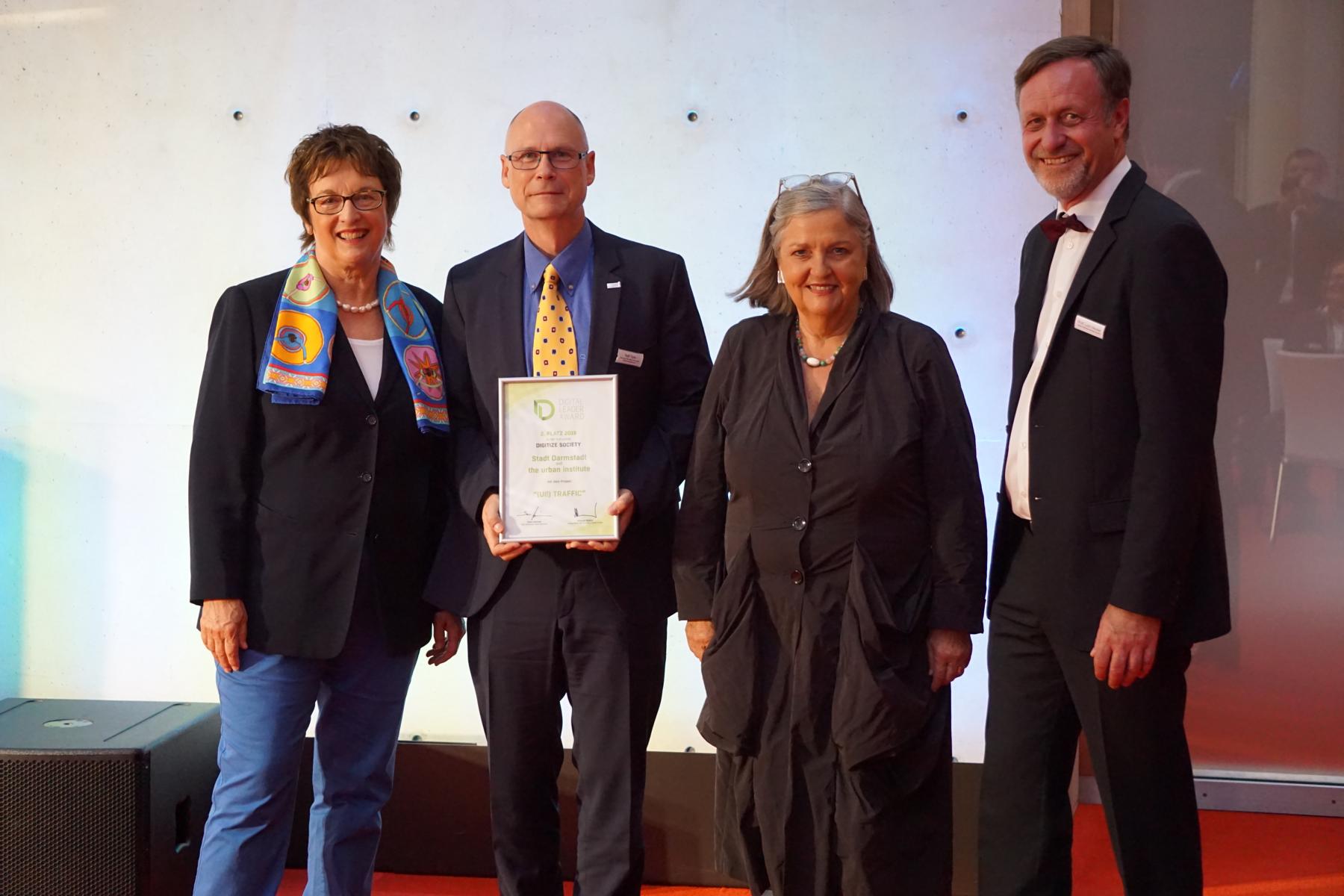 Darmstadt’s mayor and economic affairs officer Jochen Partsch commented on the award: "We are very pleased that the common services of Darmstadt's administration, IT economy and scientists have been honoured with the Digital Leader Award and gained nationwide visibility. This is the kind of cooperation we mean, when we talk about the chances of a Green Smart Darmstadt. From the idea, to open up so far unused traffic light data, a domino effect with more applications could develop, which contributes in turn to improved air quality and to climate protection. The aspect of traffic liquefaction, which means better organisation of traffic flows, is often underrated in comparison to the extension of streets when traffic jams are a problem. Though, where space is limited, it is mostly the only manageable way," says the Mayor.

Review of SCEWC22 in Barcelona

Finally a joint end of the year again